School Project: Toadettes are fictional sports team based off the popular Mario character. Known for their electric play style and raucous fans, it’s no wonder the Toadettes have skyrocketed in popularity as of late.

Advanced Multimedia teacher Andrea Szeto worked in tandem with student Kai Miller to give us an interesting assignment: turn a cartoon character into a sports logo. After much deliberation, I decided I want to use toadette, primarily because she is mostly seen as a timid, kind character, and turn her into a ruthless Ninja. 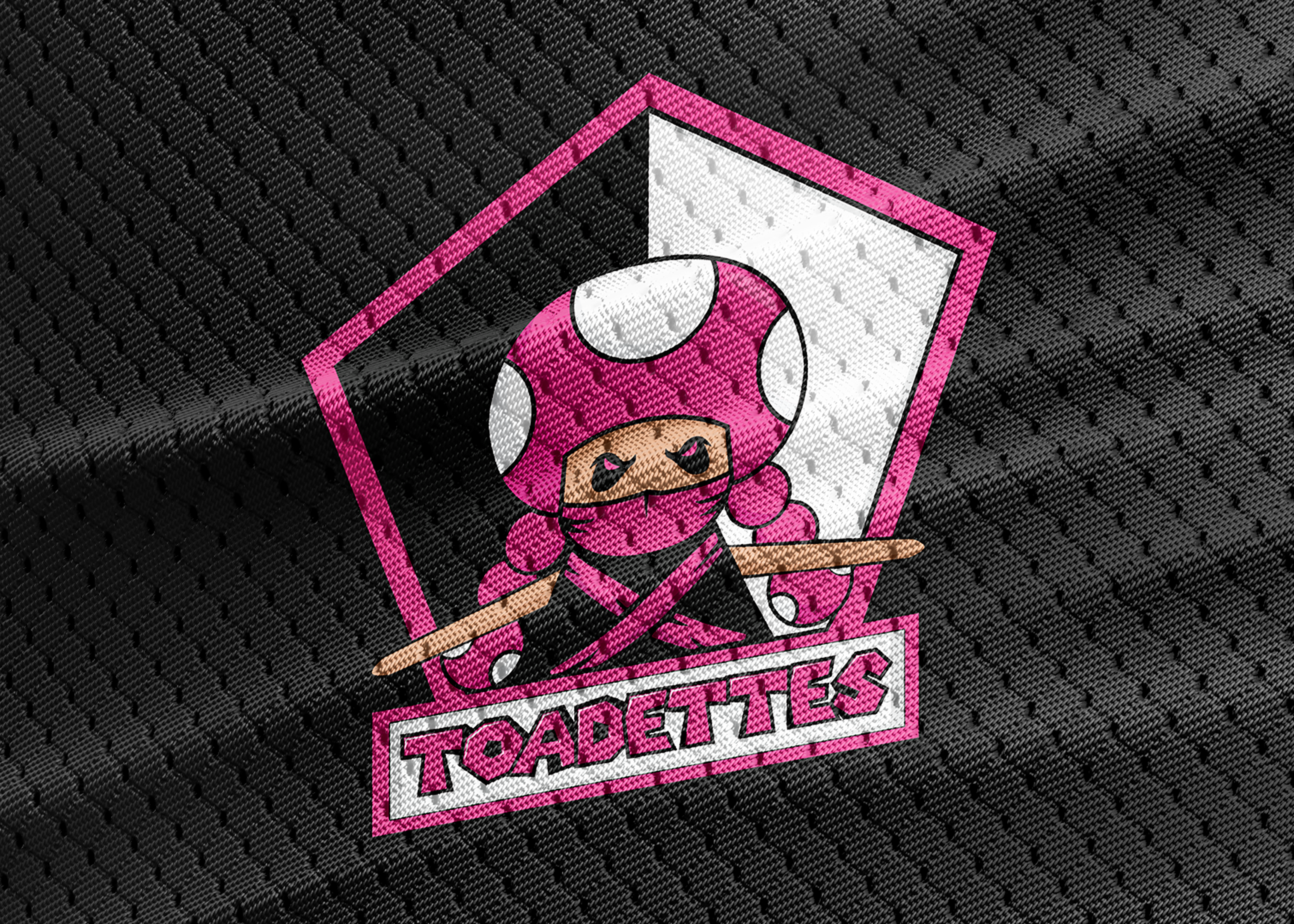